Exploring the Western NY Wilds: Glory of the snow -- a beautiful, but fleeting of spring 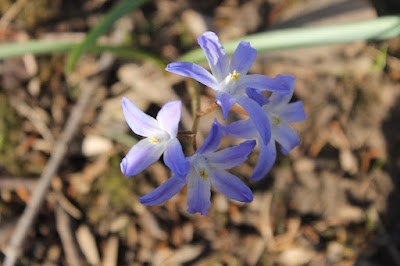 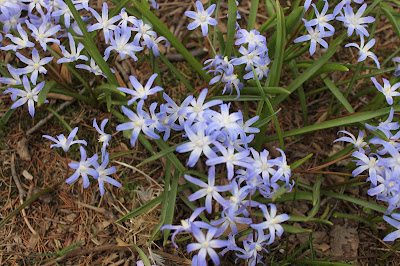 Our springs are too fleeting. They pass by quickly, and amidst the hustle and bustle of our day-to-day lives it is often difficult to stop and enjoy the beauty of it all.

Sometimes you just have to stop, relax, and take it all in.

One of the more perfect symbols of our springs that deserves this vernal admiration – so much color, so much brevity - is now in bloom and gracing many lawns in Allegany County.

These wonderful flowers are not native to Western New York; they came from Turkey. They aren’t what you would consider an invasive species, either. But, they have made a home for themselves throughout the oldest communities in the region.

European immigrants liked to plant the delightful flowers around their homes, so you will see vast colonies of them around many houses that were built in the 1800s. I am confident that those in my yard in Niagara County date back to an initial planting around 1860 when the old farm house was expanded.

These members of the asparagaceae family (which also includes the unattractive asparagus plant) are long-lived and colonizing thanks to healthy bulbs that allow the colorful sprites to come back year after year. With no pests other than nematodes, they are allowed to flourish.

Variations of the glory of the snow (which also go by the name of chionodoxa) have been appearing at nurseries and even at department stores in recent years. But, those are nothing like the heirloom varieties which have become a long-lived part of the local landscape. The big box plants are a little taller, less dainty, and much heartier.

The older glories of the snow are spectacular despite their size. Most flowers will reach a height of 3” to 4” and those ¾”-wide flowers sport four to six skinny petals that are baby blue in color (some variants are light violet) with a white eye or cup in the middle. They will bloom for anywhere from 1.5 to 2.5 weeks.

After witnessing their birthing and withering every spring of my life, I’ve grown to believe that excessive heat will shorten their flowering season – it’s almost as if warming spells have an adverse effect on them. They relish the cold, hence their name, and recent surprise snows have had no negative impact on them; they’re just as beautiful as ever.

I’ve been able to enjoy my little flowering friends for the past two weeks now. By this time next week they will be wilted. That’s such a short period of time to enjoy these wonders. That’s why I make it a point to marvel at them every spring and get lost in the sea of blue.

If you have an old homestead that has glory of the snow, savor them before they’re gone until next year. Sometimes, you just have to stop and smell the roses, if not every flower, that graces Allegany County.