Exploring the Western NY Wilds: A flower for all seasons

When coming out of Allegany County’s sometimes -depressing winters you might look for even the slightest signs of spring to get you through. You might keep your eyes to the skies for migrating birds or you’ll look to the ground for the first glimpse of plant life.

When it comes to the latter, one of the very first flowers to grace our presence every year is a plant that is otherwise taken for granted or looked at with disdain by gardeners as a weed – the purple dead nettle. 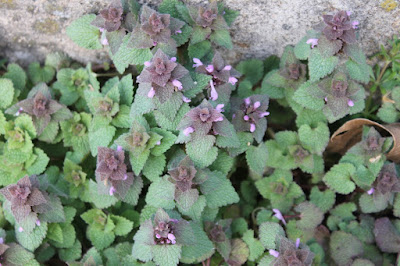 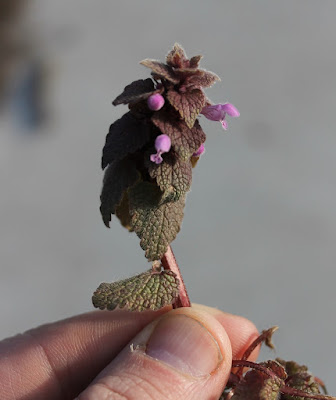 The plant is incredibly common and can be found almost anywhere disturbed by mankind – fields, edges of parking lots, sidewalks, roadsides, lawns, and so on. It is a small plant, most often 2 to 3 inches off the ground and rarely reaching 8 inches in height. It is found in congested clumps, almost like ivies, with many plants in a very small area. The tiny tubular flowers, which look like minute snapdragons, are bright purple, maybe pink. The leaves are shaped like a heart or an arrowhead. The leaves start out green but can quickly become a dark red or deep purple in color and will stay that way for weeks or months. You may see them overtaking a wheat or hay field, making a sea of purple.

Purple dead nettles are unique in that they can have flowers over most of the year. In a mild winter you will see their flowers as early as the last week of February. Most years, though, you’ll start to see them the second week of March. Their greatest abundance will be in April and May. The flowers tend to disappear from the heat in July and August, but you will see them again in the fall right into November.

Because of their early blooms, they are absolutely critical to the well-being of bees and other pollinators that come out of their winter slumber on warm days. When no other flowers are available in March, the purple dead nettle gives them the nectar they need. Also, in April, the pollinating plants give bees pollen to help build up their nests.

Like most all mints, the purple dead nettle has value to people. While you probably wouldn’t make a tea out of it, its young tender leaves nicely augment salads and stir fries. The leaves also make a healthy addition to smoothies, adding a lot of powerful antioxidants to the mix.