EXPLORING THE NIAGARA FRONTIER: The orchid that’s a weed

Talk to anyone who knows, grows, and loves plants and they’ll express a special love for orchids. Horticulturalists, botanists, and gardeners love them for their beautiful, fragile, and, in many cases, rare flowers.

With such universal love for these wonders of nature, you’d never expect to hear an orchid ranked alongside a weed, flowers that are, despite their beauty, considered lowly because they appear in abundance, show up in lawns and gardens, pop up in waste areas, and are a non-native species.

But, there is one orchid here in Western New York that fits that bill….the helleborine orchid. 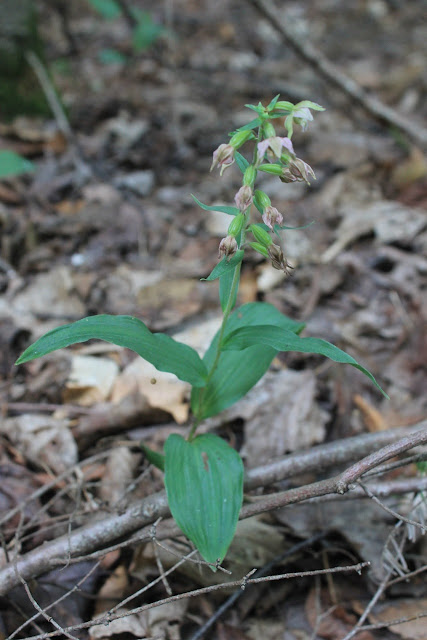 Some consider this orchid a weed because it is an alien, an invasive species. It’s the only non-native orchid in the state. The European flower escaped some gardens in the Syracuse area in the late-1800s and quickly spread throughout the Empire State and beyond, now claiming the Great Lakes states and southern Ontario as its home.

I have seen it in good numbers in the Southern Tier, the Adirondacks, and to a lesser extent on the lake plains. That can’t be said for any other orchid in the state as natives like lady slippers are incredibly rare.  Doesn’t matter if it’s a lawn, roadside, or some of the wildest territory imaginable…the helleborine orchid thrives in places that our native orchids don’t and do.

It’s become so abundant in Wisconsin that state environmental officials have encouraged homeowners to pull them up out of the ground and destroy them. Many are quick to do so, because the thick leaves when the flowers are not in bloom make for unattractive sprouts.

If you get them in your yard, let them be, let them bloom. Someone’s weed is another’s beautiful wildflower.

The helleborine orchid is certainly no exception to that rule.

The plant will produce many attractive, small, nodding flowers that are a very light purple, and sometimes greenish, in hue. The plant can grow to be 36” in height, but that is an exceptional specimen. Most are less than 14”.

Another reason to leave them alone, especially if you see them in a forest with very good soil, is that early in their growth the leaves look like those to the rare lady slipper. If you picked the plant to dispose of it and inadvertently killed one of the “good” orchids that would be a real heartbreaker.

Orchids are to be appreciated. Even those that don’t belong. I let them grow in my lawn and appreciate the beauty that they bring every August. You should, too.