Welcome to EXPLORING THE NIAGARA FRONTIER

Recently my good friend Scott Leffler started All WNY News. Scott and I have been a media duo for over a decade now; I had regular guest appearances on his WLVL radio show, we appeared on TV together and we wrote for the same newspapers. So, I tagged along again this time, bringing my nearly 2-years-old “Exploring the Niagara Frontier” column with me from its previous source. 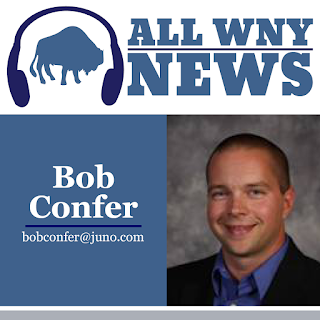 For those unfamiliar with that column, here’s a background it…

Throughout my life, I’d always wanted to write a nature and science column, something different from my opinion columns that you might read in the Lockport Union Sun and Journal or Niagara
Gazette. There was and is a definite need for it in the local media market, especially after the Buffalo News abandoned its popular Sunday science page, cutting ties with beloved naturalist Gerry Rising.

I was given the opportunity to write such a column, so I jumped at that chance in 2014.

“Exploring the Niagara Frontier” has always done just what the name says — explore the Niagara Frontier. Every week it looked at some natural aspect of the region — like a specific animal or plant or perhaps an interesting geological feature — or checked out one of our numerous public assets, like nature trails.

The focus has been on telling stories about our precious natural world and giving folks a background on some of the living creatures that we either, one, take for granted or, two, let slip undetected in our backyards.

The previous iteration of the column focused only on Niagara County (which I call home), but with the expanded scope of All WNY News I now have the chance to focus on the entire region. You will see me spread out the story telling and exploration and you might notice that quite a few columns look at animals, plants and places in Allegany County, a community I love dearly and in which I own a large tract of some of the wildest land in WNY.

For those who know what I do in my day job (Confer Plastics), you may be asking yourself, “what is a guy who owns a plastics factory doing writing about nature?”

It may seem counter-intuitive at first since plastics have a bad reputation, some of it deserved, in environmental circles.

The thing is, we don’t produce disposable goods at the plant. We pride ourselves on manufacturing durable goods, items made to last a lifetime (kayaks, swimming pool ladders, docks, and more).

You’ll find that I’m not a guy who toes the industry line. For one, I absolutely despise the insanity of bottled water. I still can’t believe U.S. consumers blow their money on a staggering 30 billion of these bottles every year. I also find it jaw-dropping that only 30 percent of them are recycled. Such nonsensical consumerism contributes to the 32 million tons of plastic waste put into landfills annually.

You’re probably wondering, too, just what is my background in nature?

I’m basically self-taught when it comes to biology and it’s a love affair that’s lasted a lifetime. As early as the second grade you could find me keeping a field guide to the birds close to me at all times. It went to school. It went out in the field. It probably even went to bed with me.

Growing up on a farm which my family worked till I was 10 (a farm that I still live on to this day, although its tillable land is rented out to a local farmer), I roamed field and forest and played in creeks through my childhood and teen years and had an insatiable hunger for learning about everything from the minute to the monstrous.

Then, when most other teenagers may have been shooting hoops or playing ball, my sports were, instead, the outdoor pursuits — hunting and fishing.

A naturalist who hunts? Yes, I am a nature enthusiast, but I am at the same time someone who also selectively harvests his nourishment from the land. It’s a part of Man’s role in the bigger scheme of things; you’re only kidding yourself if you don’t recognize our spot at the top of the food chain.

Growing up, I was lucky enough to have a family who encouraged my love of the outdoors — from parents who stocked my library, took me hunting and fishing, and helped fund my Boy Scout adventures to a loving grandmother who took me on hundreds of Saturday trips to the Alabama Swamps to watch birds.

Had I not gone on to the family business, I’m certain I would have taught biology or earth science at a local school.

That career choice didn’t prevent me, though, from being an educator. During my college years I was the nature director at Camp Dittmer in the Finger Lakes. I was a scout leader for years and a constant focus of mine while on the trail was talking to the boys about the world around us. And, for 16 years at Roy-Hart I spoke to Mrs. Brown’s class about local wildlife, even taking them on nature hikes at Royalton Ravine Park.

So, that’s where the nature bug came from -- as well the associated urge to share my knowledge and experiences with you. It’s in my blood.

Be sure to check in every Thursday when we can explore the Niagara Frontier together. In the meantime, get outdoors and enjoy our natural world.

-- Bob Confer is a Gasport resident