EXPLORING THE NIAGARA FRONTIER: What to get the nature lover for Christmas

Trying to figure out what to get an outdoors enthusiast for Christmas can be a daunting task, especially if the shopper really isn’t an outdoorsy person. So, for the past 3 years, this column has offered some shopping ideas to the friends and families of nature lovers. With Black Friday just a week away, it’s as good a time as any to offer my suggestions.

It’s long been a stereotype in outdoors circles -- especially in manufacturers’ and outfitters’ advertising campaigns -- that trail cameras (also known as “game cameras”) are solely for hunters who use the devices to track deer movement on their favorite hunting grounds. 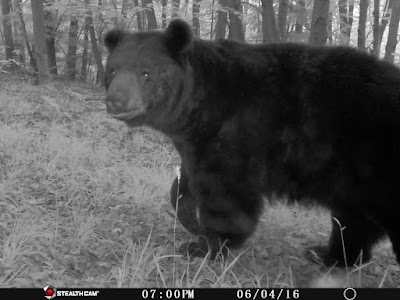 That overlooks the value and fun that a trail camera can bring non-hunters. EVERY nature lover should have a trail camera (or two or three) because it gives you some great insight into not only animal movements but also the very presence of animals that you never thought could be found in your yard or woodlot.

Trail cameras record what happens under two scenarios: One, at night, which is when an entirely different world of nature takes place and, two, when you are not around, which tends to give wildlife carte blanche to move about freely.

You will be amazed at what they show. My trail cameras in the Southern Tier have photographed everything from bears and coyotes to porcupines and fishers to owls and hawks. They are also great for detective work. If you have pests tearing up your yard or deer shredding your trees in the fall, set up a camera to see what’s causing the ruckus. Just this past week I put one in my yard to see what sort of deer has been destroying my saplings every night with rubs – it’s a nice 8-point buck! 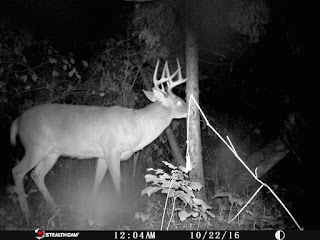 There are literally hundreds of trail cameras to choose from on the market. Almost all do the same thing nowadays: they take photos or videos -- triggered by motion detectors -- that are put on SD cards that you can then transfer to your home computer. Some extravagant versions will broadcast to the internet while others will film Hollywood-quality footage. Most of the modern trail cameras have forgone the blinding white flashes and now use imperceptible infrared flashes.

If I had to suggest one to you, I would tell you to buy the P12 camera produced by Stealth Cam. It is among the more-affordable of the cameras out there and it can be purchased for just under $60 on websites like Amazon.com. It is the camera that I use. It is easy-to-use and incredibly energy efficient – I’ve leave my cameras in the mountaintops of Allegany County where they get more than a year of good use out of 8 AA batteries, even under some adverse (read “cold”) weather conditions. To think, just 10 or 12 years ago, a good camera would get 3 weeks, if you were lucky, out of 6 C batteries.

There are a variety of pre-sets on the camera which will allow you to take individual pictures, a series of pulse photos, or video. The P12 will take decent 6 megapixel photos, some of which are shown here.

A Field Guide to Bird Songs 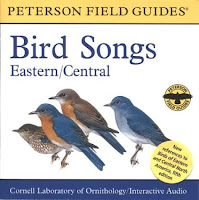 If the $60 camera is out of your budget, how about the $15 “A Field Guide to Bird Songs: Eastern and Central North America”?

This is not really a field guide per se, but rather a CD put out by Peterson Field Guides. It does what bird books can’t – it allows you to hear actual recordings of birds, because that is a critical tool in finding and identifying birds in the field.

The disc features the songs of 267 species of birds found east of the Rockies. It looks at all birds, not just songbirds. It is perfect for the beginner and the experienced birder alike. I keep a copy in my truck and listen to it regularly to keep my birding skills at a high level.