When I was a kid, and even well into my adulthood for that matter, beavers were virtually unheard of in Niagara County. Stragglers were occasionally seen in Lake Ontario or in the quiet waters of Red Creek, but their sightings were few and far between.

That all changed approximately 10 years ago. Since then, beavers have substantially increased their population in the county. Although they could still be considered quite uncommon, they are no longer rare, and an active outdoorsperson has a fair chance of seeing one of these giant rodents and a very good chance of seeing their handiwork.

Why there are more beavers 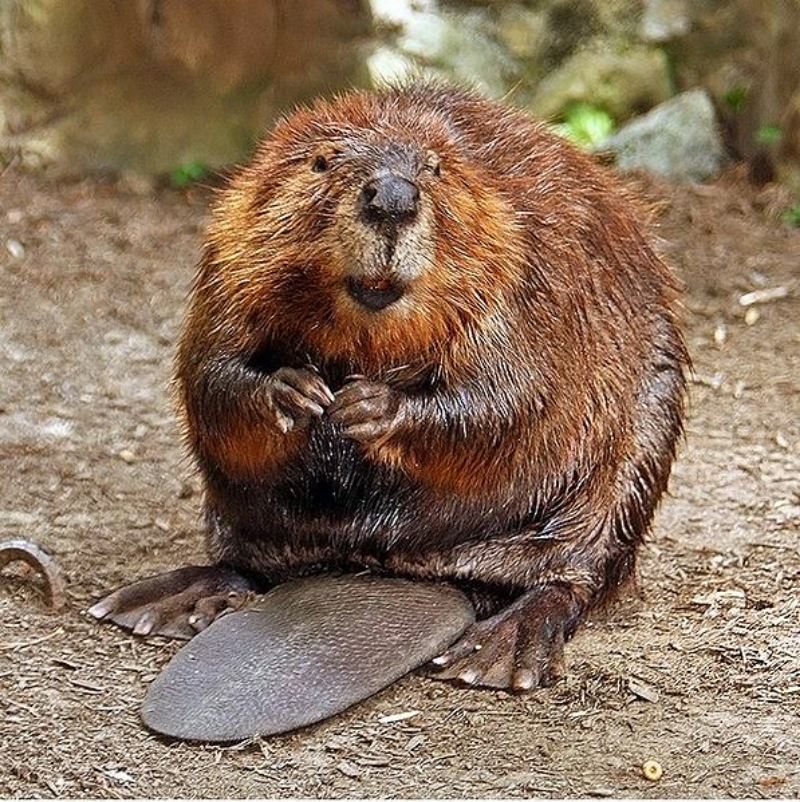 Beaver numbers are up in Niagara County for three reasons:

One, beavers aren’t trapped for their furs like they once were. The number of trappers has declined significantly in New York State since the 1970s. There are less young people taking to trapping and the society’s missives against the fur trade have really lessened the demand for quality furs. Beavers have especially lagged; the demand is not there for their pelts. Almost inflation-proof, today’s beaver prices aren’t too far off from where they in the early-1990s. Beavers weren’t really trapped in Niagara County anyway, but as their harvests declined in other parts of Western New York, their already-healthy populations grew and their range expanded (to us).

Two, there are less family farms. As the number of family farms has dwindled dramatically over the past 50 years in Niagara County, that has changed the landscape. Any of those properties that weren’t sold to larger farms have reverted or have begun to revert to forests. There are far more trees in Niagara County now than there were 100 years ago. That means more food, protection and building supplies for the beavers as huge sections of our streams are now tree-lined.

Three, ponds are now the “in” thing. More and more property owners are building ponds, either for landscaping, wildlife management, or fishing. They now dot the landscape and afford beavers new homes or stepping stones as they travel from water body to water body in search of a permanent home.

Why there will never be a lot of beavers

Despite the growth in numbers, there will never be a lot of beavers in Eastern Niagara County because of our poor drainage -- an outcome of our relatively flat topography.

In other areas of Western New York, like the foothills of the Allegheny Mountains, water moves out in a hurry after winter thaws or big rain storms. In places like those, beavers can build their dams and lodges with no real threat of them being destroyed by floods.

Not here. As anyone who lives near Red Creek and Eighteenmile Creek or any one of their feeder streams can attest to, our creeks can get REALLY high and fast for long periods of time. It’s not uncommon for them to be well over their banks and into floodplains that are many acres in size.

That makes it impossible for beavers to make a home with any real future in our area. Their dams could be washed away once or twice a year.

How to identify a beaver

Some folks may think they have beavers in their ponds or creeks, but they are probably muskrats, which are incredibly abundant. Muskrats look like miniature beavers and have a rat-like tail (hence the name) instead of the beaver’s tell-tale flat tail.

After taking into consideration their size, beavers can’t be confused with muskrats. Muskrats are wee
little things, their bodies about 10 to 12 inches long. Beavers, on the other hand, can be 30 inches long (not counting the tail.)

Where a fat muskrat might weigh in at 3 or 4 pounds, a typical adult beaver will weigh in excess of 30 pounds. Real porkers topping the scales at over 50 pounds are fairly common elsewhere.

Muskrats make lodges but they are nothing like beaver lodges. Muskrats make theirs out of the leaves and stalks of cattails and reeds. Beavers, as you know, make their lodges out of trees.

You might see a beaver in the Erie Canal, but he’s just a wanderer trying to get someplace else. Instead, look for them in natural bodies of flowing water.

Red Creek and Eighteenmile Creek have fair numbers of beavers throughout. It should be noted, though, that there are few or no beavers below the Burt Dam due to the amount of boat traffic.

TwelveMile Creek has some beavers in its waters. A few years back one of the poor souls tried to cross Route 104 next to that creek and was struck and killed by a car.

I cannot claim to know how many exist on Johnson’s Creek, but the conditions should allow it.

Golden Hill Creek has a few. If you really want to see at least the evidence of a beaver, head to the end of that creek.

The Golden Hill State Park boat launch area has free access (unlike the main portion of the park) and if you hike some of the trails there you can see the damage done to trees along that creek by a resident If you take the easternmost trails there, those that head along the lakeshore to the eastern border of the park, you will see many trees atop that bluff that were girdled or taken down by the beaver (or beavers).

If you are there on a quiet day with few boats heading in and out of the launch, there’s a chance you might see a beaver in the creek or out in the open waters of the lake.

Bob Confer lives in rural Gasport where he welcomes beavers to the neighborhood, even if it means a few trees coming down. Follow him on Twitter @bobconfer or email him at bobconfer@juno.com