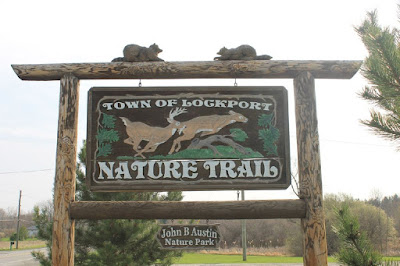 The rich soils of Western New York’s forests support an incredible number of beautiful wildflowers in the spring. April and May see some forest floors virtually blanketed with array of colors.

Having immediate access to such floral displays is often difficult. For example, the hills of the Southern Tier are especially beautiful, but access is moderately difficult for a family looking to go on a spring hike – while Allegany County might sport tens of thousands of acres of state forests, most are without trail networks, making for some serious bushwhacking. Plus, getting there can be quite the haul for anyone coming from any of WNY’s population centers. 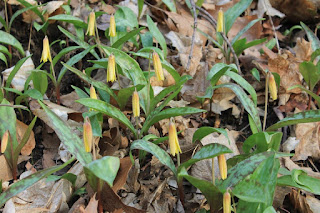 To see our vernal plants in all their glory, one need only head north to the town of Lockport Nature Trail. This wonderful 100-acre woodland is accessible to the masses – it’s just 45 minutes from downtown Buffalo and 30 minutes away from Niagara Falls. Getting there is easy: For most Western New Yorkers, take Route 78 (Transit Road) north through the city of Lockport. After passing the Niagara County fairground, you will go down a hill. Near the bottom is Slayton Settlement Road on your right. Turn there and the nature trail will be about a mile down Slayton Settlement Road on your right.

You will be greeted by a friendly sign at the park entrance and a stone and grass parking lot that can hold approximately 20 cars. The park is open all year long, from dawn to dusk. Don’t let the closed gate at the back of the parking lot scare you away, that is only there to keep cars out of the trails and, when open, allow the town’s park employees to keep the trails maintained.

And that they do -- quite well. 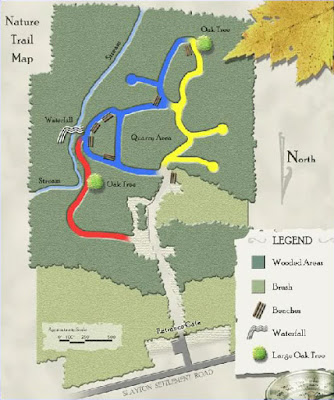 Every portion of the trail network -- which might approach 2 miles in total length if you take every primary trail and lesser-used sub-trail -- is in tip-top shape. They are wide, there are no overhanging branches or fallen trees, many are covered with fine crushed gravel and there are very few mud pits (I encountered only one on a recent April hike). Many trails are flat and will allow the use of a baby stroller or wheelchair; there are a few rises heading to the trails to the southeast which might prove to be problematic for wheeled transports.

That’s what makes the Lockport Nature Trail such a finely-accessible field trip – families with young kids, senior citizens, those with a handicap, and anyone who doesn’t count themselves as a rugged outdoorsman can enjoy this hike…as can even the most seasoned of naturalists.

You will also find that this might be one of the most popular dog trails in WNY; early last Saturday morning, I encountered seven different hikers with dogs. Unlike many such trails that I’ve encountered in places like the Alabama Swamps and the Adirondacks, there is a good culture at Lockport and the hikers pick up after their best friends – I didn’t have to dodge one “land mine” while on the trails (critical for someone taking a five year old who doesn’t watch where she’s walking on a hike).

While those dogs will severely limit the amount of mammals you will see on your hike (deer, woodchucks, and rabbits will be scared off), they have no effect on the other impressive aspects of animal and plant life at the park. 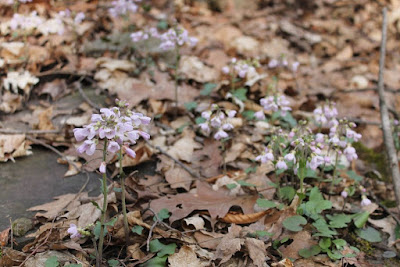 The birds are especially abundant and varied because their surroundings are the same.

The deciduous forest is mixed in age. To the west it features brush chock full of hawthorns, honeysuckles, and ashes. The eastern two-thirds of the park feature older trees with a taller and wider canopy.

Such a mix makes the forest a great nesting site for woodpeckers, cardinals, thrushes, and vireos. That same diversity makes the park an extraordinary place to observe colorful warblers by the dozens as they migrant through the region in May.

It’s also a great place to find snakes. Prior to reforestation, the park was a gravel pit and that left tons of exposed rocks, especially in the higher areas and along the ridges. If you poke around those rocks in the summer, it’s not out of the question to find a dozen or so snakes a day (most being the common garter snake). 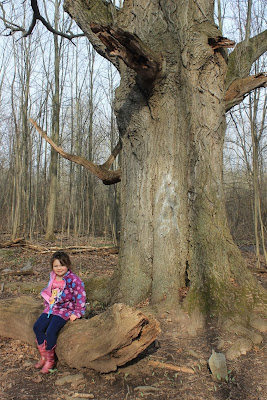 This column began talking about spring wildflowers and that’s what this park is all about this time of year.

If you’re putting the Lockport Nature Trail on your bucket list, make sure you visit sometime between April 15 and May 15. For that one month span, the rich soils along the stony ridges and creek beds boast some incredible flowers.

You will see thousands of spring beauties in April. These attractive little potatoes of the spring woods were featured in an installment of this column last year.

At the same time, the forest floor will be covered with the green and red leaves of the trout lily (or adder’s tongue) and it’s beautiful yellow flower as well as the brilliant deep purple of the wild violet.

As you head into May, the woods will be painted with white as you will see numerous white trilliums (a species in major decline across WNY) and the interesting bloodroot that Native Americans once used as war paint.

You can also encounter some real Niagara County rarities. This trail is the only public place in Niagara County outside of the Niagara Gorge where one can find Dutchman’s breeches and the strange-looking maidenhair fern. Those plants are more readily seen in rocky places like the Gorge or in the high country of Allegany County, but typically, the soils aren’t of the right nutrients or coolness to allow their growth in Niagara’s flatlands.

All of these, and 20 more early-spring species, make for great sightseeing – always take pictures of the plants and never, ever pick them.

The flowers aren’t the only remarkable plants in the park. Despite the land being almost deforested 100 years ago for gravel, there stands some awesome trees. There are two brutish oak trees on the premises, one believed to be 180 years old and another in excess of 200 years in age. Stop and appreciate these ancient giants.

Don’t overlook some of the other trees in the park. The woods also holds the largest hornbeam (ironwood) tree that I’ve ever seen.

There’s also another reason to visit the trail in the spring. The water is flowing. 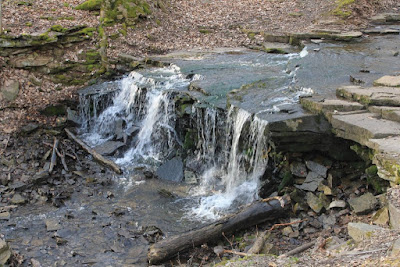 Going through the park is a stony creek that feeds Red Creek (which is the east branch of Eighteenmile Creek). In the late summer it can dry right up. In the spring, she flows mightily and that makes for one of the best photo ops in the park….it has an attractive waterfalls of about five feet in height cutting through some ragged, multi-layered rock shelves. It’s truly a sight to behold.

As a matter of fact, the entire trail system is.

So, if you have a hankering to explore the Niagara Frontier in the coming weeks, make the drive to Lockport. The Lockport Nature Trail is a real gem, a place to take the whole family and experience nature.