EXPLORING THE NIAGARA FRONTIER: Spring beauty – the little potato of the spring woods 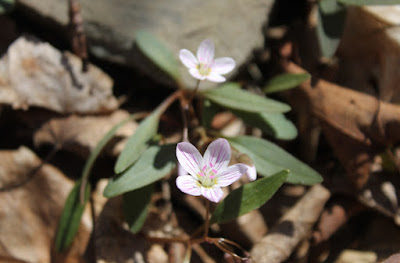 If you are out and about in the rich-soiled woodlots of Western New York this weekend you will come across a dainty little wildflower called the spring beauty. 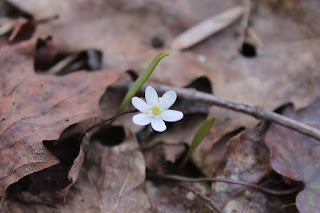 The leaves are very narrow and typically two inches long in our northern woods -- in Appalachia they will be much longer, sometimes reaching a half-foot in length. The leaves are shiny and smooth. Once the flowers wilt away in a couple of weeks, the leaves will remain with us till late-May.

Spring beauty’s corms were treated like a small potato. They used to roast them and it would have that same potatoey flower. Raw, they have a sharper flavor that some compare to a radish or chestnut.